I’m preparing to get the PMI removed on my home several months down the road, and to lower the costs, I’m working with my local bank to apply for a HELOC (home equity line of credit) and which would include a free home appraisal—and would potentially allow me to get around the appraisal costs when it was officially time to get the PMI removed. On the other hand, if I go ahead and get the HELOC now, it would allow me to finance some minor home improvements at a lower interest rate than unsecured, consumer-based credit.

Here’s the thing that caused my HELOC epiphany: My local banker tells me that “home appraisals aren’t really that much money.” Now because I’ve done some marketing work for real estate and home improvement companies in the past, I happen to know that the average cost of a home appraisal is $300-$500. I just couldn’t but think in real-time: what the hell, $500 is a decent chunk of change. Which leads me to think about when I was 16 and $500 felt like a veritable fortune. To the average person on the street—whatever in the hell that means—it’s surely a veritable fortune. So yeah, saving on the cost of the appraisal would feel like a pretty sizable win for me.

It also triggers another recurring thought I have about money: The first dollar you receive on the job in a day, week, month, or year has a tremendously different personal value than, say, the millionth dollar you receive on the job. People who make a million dollars a year have a fundamentally different relationship to the individual dollars than the person who earns only a single dollar or a thousand dollars or ten thousand or a hundred thousand, even though the value of the individual units are supposedly the same. $500 would buy so many meals and basic necessities for people who need them. I want another $500 to try to pay down student loan debt among other things.

It’s like another thought I have that attempts to process the impossibility and inevitability of having a relationship to money: “You take a thousand dollars here and a thousand dollars there and pretty soon it adds up to real money.” But of course, it would still take quite a while to reach $50 billion dollars and become too busy to pick up, say, $25,000 off the street:

Maybe the craziest thing is I think these things, but I also don’t consider myself a socialist. Just someone who believes more highly regulated financial markets based on identifying value instead of indiscriminate capital formation. Which I realize makes me a socialist to a lot of conventional, two-dimensional capitalists out there. Put me in a room with a bunch of self-identified socialists and it won’t take long for me to find something to disagree with. (I realize this characterization makes me seem judgy and self-righteous, but I can’t seem to escape it).

My spouse, ever the logician, tells me this is a thinking error. I, myself, always the fool, tell her all thoughts are flawed. My sister-in-law, forever the mental health professional, explains that thinking errors have a more specific meaning in a psychological context. Thinking errors are like thoughts that take you down the wrong path in a maze. It doesn’t really matter why you took that path or what’s at the end of it. It’s not going to help you get out of the maze. Oh yeah, I say, well, what if the major financial institutions of the world and the telecommunications company of the world have designed a system where it’s not a maze but a labyrinth in which the entry door closes behind you. What then? Do we sit down on the path, or do we keep scratching at the walls? I’m a grouchy old curmudgeon, and I worry for the day when I stop being a grouchy old curmudgeon. 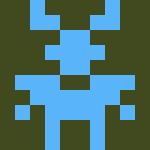 One Comments “My HELOC Epiphany”